Today I thought I would start tackling my big and fabulous trip to Germany. If you’ve been reading along for a little while now, you’ll know that at 18 I jumped at the chance to study abroad in Berlin and spent almost 2 months there. I’ve been alluding to it a lot in my 6 months or so of blogging and I thought that today I would start taking you back to that life-changing trip.

Here’s day 1 of my Berliner life!

I arrived in Berlin on December 27th (in 2007…gosh I’m old), after a long night flight and day spent wandering the streets of Amsterdam. I arrived late in Berlin and, with my exchange partner and her boyfriend, we took the public transport all the way to the flat and I crashed almost immediately. Because it was so dark outside, I had pretty much no idea of the way I took to get to the flat and what the city really looked like. Let’s also say that I didn’t give it much thought since I was only happy to see a bed after almost 36 hours of being up.

The next day, the 30 students from Quebec who were studying abroad in Berlin met up at Friedrichstrasse to spend the day exploring the beautiful city! We got so much sunshine it was superb!

We started by getting a tour of the Kunsthaus Tacheles, which is an art centre in the Mitte neighbourhood of Berlin. The Tacheles was full of graffiti murals and we learned it used to be a prison in Nazi Germany and it really has a squat vibe (and it has indeed been known to be occupied by squatters).

After that we walked around Mitte, getting a great look on the Fernsehturm (TV tower) and passing the Neue Synagoge. It was built in the late 19th century as the main synagogue of Berlin. It is so beautiful and it glimmered in the sun!

After that we walked a bit more, passing the Museumsinsel (literally museum island) and in front of the Reichstag, to finally arrive near the Brandenburger Tor, the iconic gate of the city. It was truly amazing to see it stand there in front of me! Sadly, the winter is a big construction time and they were also prepping for the New Year’s Eve party so there were scaffoldings around the whole thing.

sadly this is my only outside picture of the Reichstag

We finally headed toward the Holocaust Memorial (also known as Memorial of the Murdered Jews of Europe). We walked between the ‘stelae’ for a little bit before heading inside the information centre which lies beneath the memorial. It was very interesting and yet horrifying (as are most holocaust museums).

Finally, when we came out we headed to the ever famous Berlin Wall (or what is left of it anyways). It was very impressive in my young mind to be seeing it! I’m kind of sad we didn’t get to visit the museum however, but perhaps for next time!

It was also great to see the Oberbaumbrucke. That bridge is another famous monument in itself since it connects the Friedrichshain and Kreuzberg boroughs, which are separated by the river Spree and, of course, used to be separated by the Berlin Wall!

original concept of trying to push the wall

Then around 4pm I tried to make it back home. I was staying not very far in Friedrichshain but when I got out of the U-Bahn the night had already fallen and it took me a while to try to figure out where the flat was – thank god that I grew up in a city and didn’t panic or anything!

There ended my very first day in Berlin! I don’t know exactly how I felt about Berlin that very first day but I remember being so excited to be walking around this European city and being with friends and soaking in the sunshine (despite the cold weather). I also remember thinking it was so beautiful and so full of history!

There will be loads more of these posts coming so I hope you don’t mind hearing your ears off about my German exchange!

Ever gone to Berlin? What was your first impression?xx 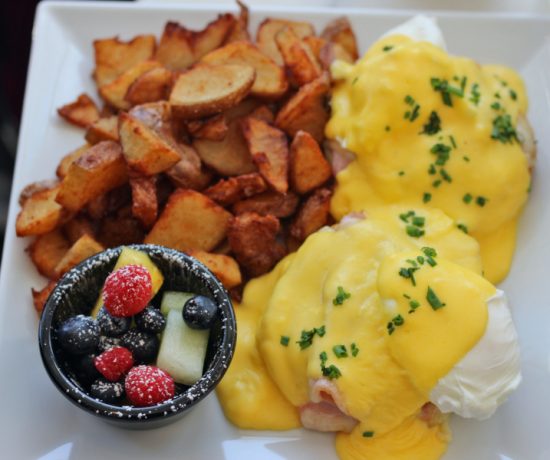