Making the most of our time with the Stockholm Pass | Sweden

We came back from Stockholm two weeks ago and it was a lovely trip! We made the best of it, by staying in a cabin and enjoying peace in the woods, but in distance of Stockholm to go into town every few days to enjoy the city. Best of both worlds!

Stockholm is quite expensive so using a Stockholm Pass was a priority to make sure to visit the most while not breaking the bank! We had Stockholm passes good for two days, so we knew we wanted to make the most of those days and wake up early. Especially that in the winter, most attractions closed between 4 and 5pm.

On day 1, we visited five attractions with the Stockholm Pass.

It was a long but worthwhile day! We took a boat from Gamla Stan to the island of Djurgården where we stayed all day.

Because the morning was looking quite nice, with blue skies and crisp air, our first stop was the Skansen open air museum, to take advantage of the few hours of daylight. Skansen is actually the first ever open air museum in the world, and it is truly a fascinating look through Swedish history. You get to walk around a mini Sweden, seeing how houses used to be and people used to live, including Sami people.

It was a bit sad in the winter, and a lot of it was closed, but still wonderful. We got to see a lot of native animals to the Swedish regions as well, including moose and wolves. 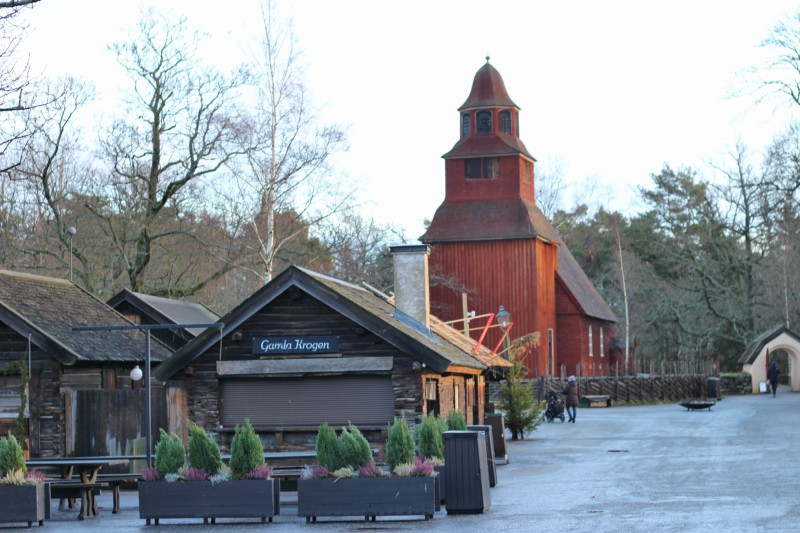 From there we headed out to the Vasa museum. Vasa was a massive warship (see below the size of it with the person on the left side) built in the 17th century. It unfortunately was a bit too top-heavy and sank about a kilometre into its first sail. What a waste of human life and effort, and money!

But in the 1960s they salvaged what was left of the ship and started its preservation. They tried to preserve the wood of the hull and some of the metal as well, and left it to dry for 9 years! It’s an incredible feat of having built it and preserved it so many scores later. 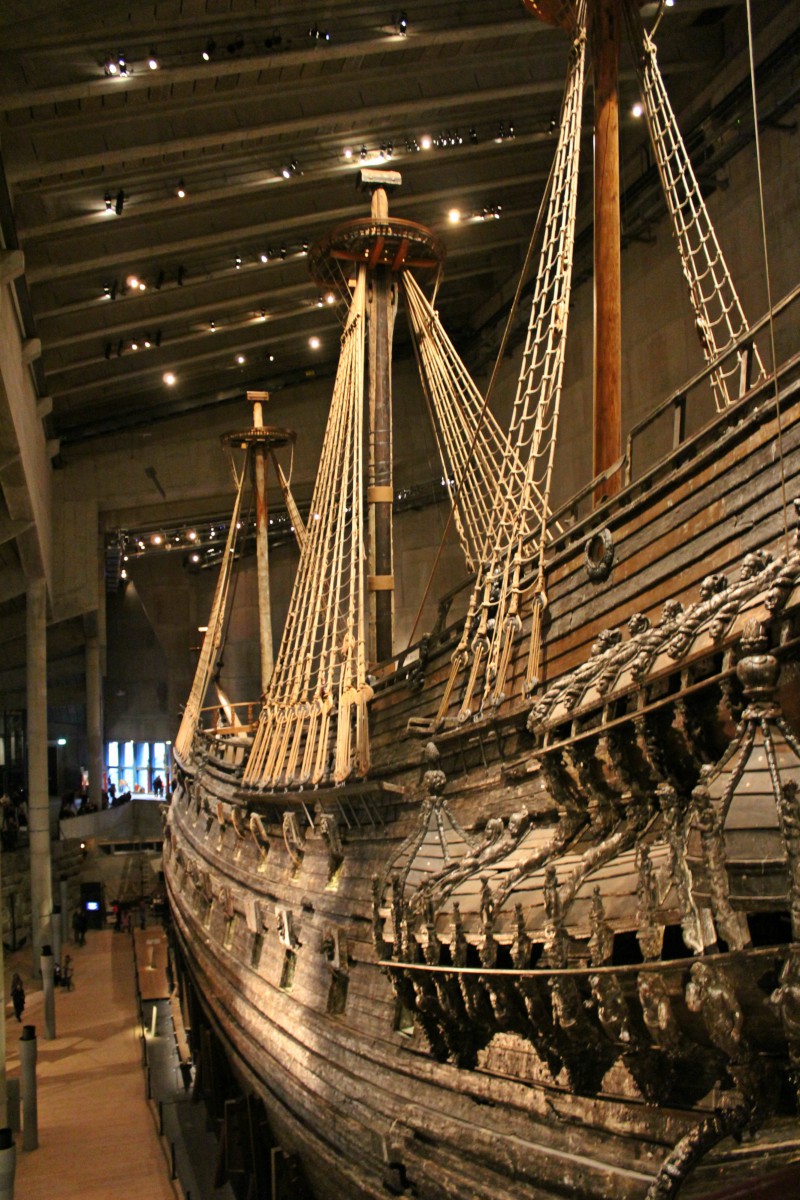 We then spent an hour or two at the Nordiska Museum. It’s an impressive building just off from the Vasa museum. It really reminds me of the Kelvingrove in Glasgow. Visiting the Nordic Museum is great to learn about Swedish culture. I especially loved going through the section about Swedish traditions – like below, they added ‘real life’ scenes from those yearly traditions, such as Midsummer.

Another cool feature of the museum, which I can only think was temporary, was the Northern Light experience. You walked along a dark hallway, before arriving at a northern light projection. It was fantastic!

I highly recommend this museum, especially in the winter as the Skansen has many closed sections and therefore offers a bit less history in that sense. 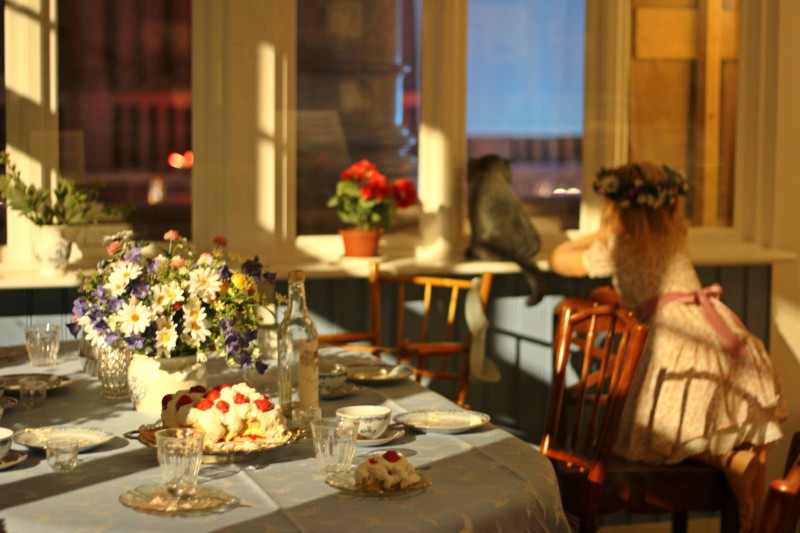 From there we did two small stops as we didn’t have much time until all museums closed. We made a quick stop at Vikingaliv, a museum giving a ‘viking experience’. We actually learnt so much in our short time there! Did you know that vikings went all the way to Constantinople? In their small boats they went to so many places!

They also have a ride in the downstairs area, which recreates the story of a particular viking family. I think this is an especially cool museum if you have children!

And our final stop before getting back on the boat to Gamla Stan, was the Museum of Spirits. It is quite renown that Sweden has a difficult relationship with alcohol so we thought we’d pop in for a quick visit. It was so much more interesting than we thought it would be!

They talked about Swedish drinking habits and traditions, and go on to talk about the problems that come with drinking (illnesses and such) and also teach you about the different drinks. I had never known that Absolut Vodka was actually from Stockholm! They also had a temporary exhibition about champagne, which always catches my interest! 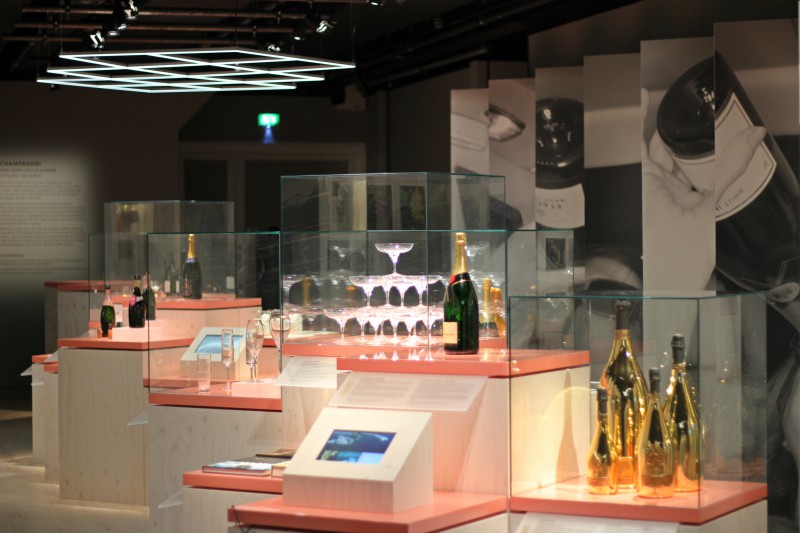 On day 2, we visited a further four attractions!

We left early again to make sure to catch the first boat tour of the day. Stromma offers winter boat tours and though I wished it had been much snowier, I was glad it wasn’t colder as we froze our bums the whole time!

We sat on the outdoor top deck to make sure to get the best view, but dear god it was cold. The wind really caught us on the boat and it was a bit miserable when it started raining for about a third of the tour.

That said, we got some cool historical facts and insights into Stockholm as it is and as it used to be! I recommend this tour, but be sure to dress warmly and grab a blanket, or two! 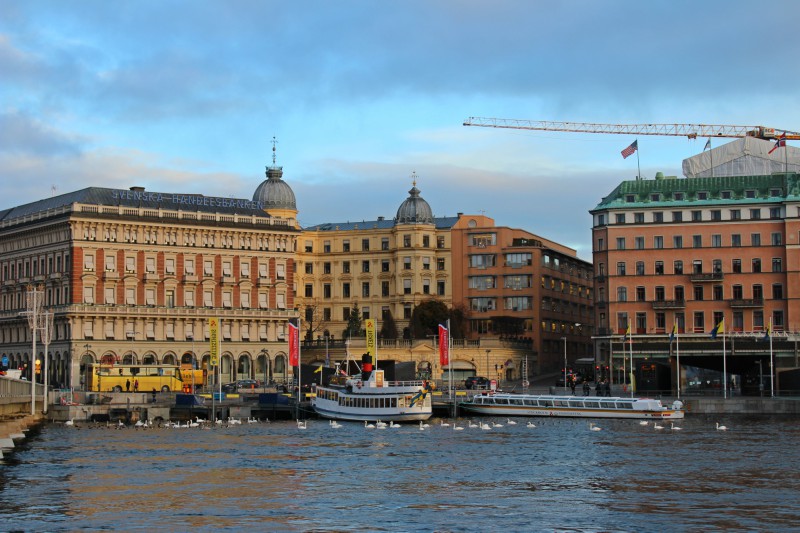 After the boat tour we were frozen and it was raining heavily so we walked swiftly to the Nobel Museum, nearby. I loved our time there. They have interactive computers on which you can learn about the Nobel laureates from every year since its beginning.

My favourite part, however, was the fact that it was currently hosting an exhibition on Nobel prizes of literature. I couldn’t wait to see and hear everything about it! I was a bit sad of course to realise it was only living laureates (Chile’s two literature Nobel prizes are long dead), but I learnt so much. And definitely picked up quite a few new books to add to my reading list! 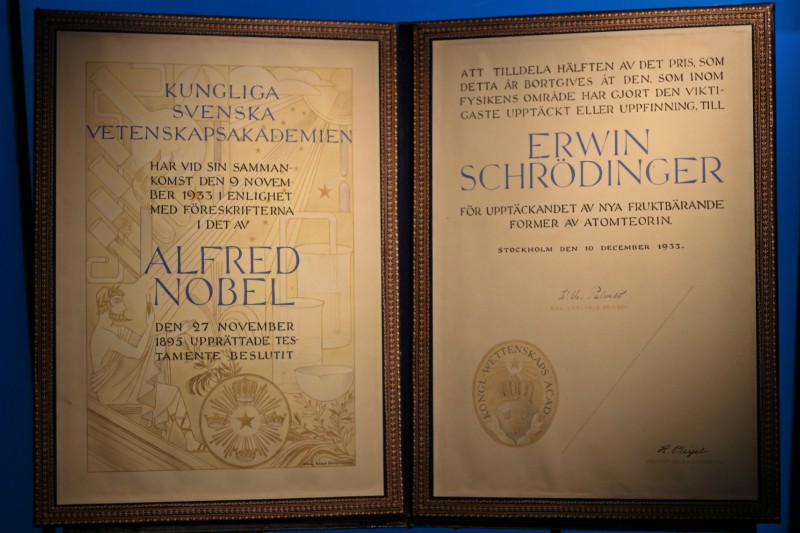 After a hearty lunch at Bakfickan, across the water from the Royal Palace, we finally visited the Palace. It was a bit underwhelming as most of it was closed due to winter opening times. We did end up visiting the royal apartments, the treasury (where I was scolded for taking a photo of a picture of the crown jewels…) and the royal stables.

It wasn’t a highlight of my trip and I didn’t feel I learnt that much while visiting, it felt very sterile. But if you like to visit palaces and you don’t have time to venture outside the city, this may be a good option. 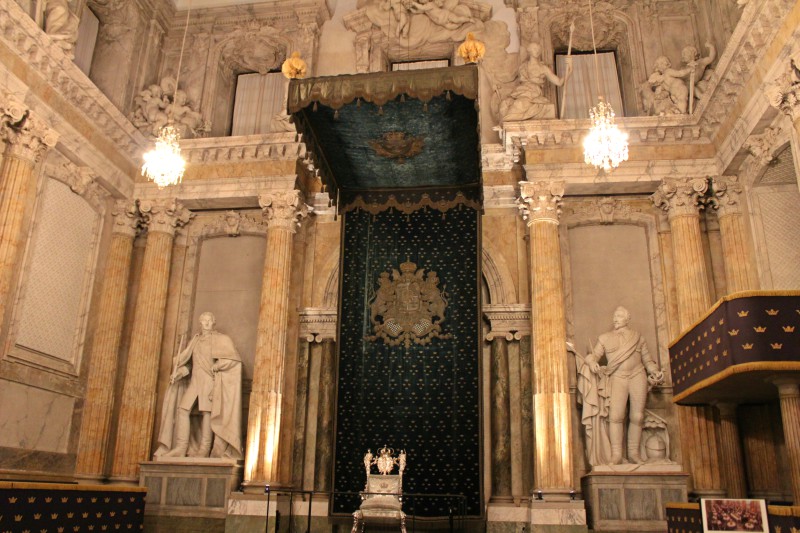 We finally ended the day in Fotografiska, an internationally-recognised photography museum. There were a few exhibitions of note and while we were cold and tired by that point, we quickly revived ourselves walking around this fascinating museum.

I especially loved the exhibition from Chen Man ‘Fearless and Fabulous’. It was so bold and colourful and empowering for women. 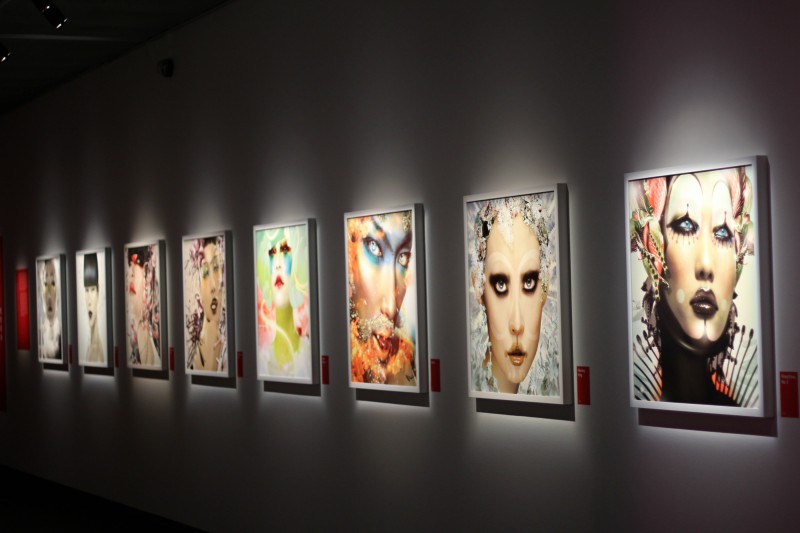 If this hasn’t convinced you yet to give the Stockholm Pass, I hope this will:

A Stockholm Pass gives you access to over 60 attractions in and around Stockholm, and it also includes boat tours and bus tours.

I personally would recommend a two-day pass, perhaps even three if you’re there over the summer. There were day tours available to palaces outside Stockholm, which I would have loved to do!

Have you ever visited Stockholm?xx

* Our Stockholm Passes were complementary from Visit Stockholm, but all opinions are forever my own. * 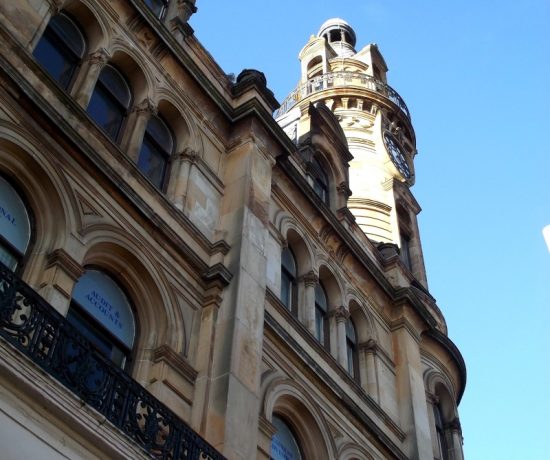 My perfect day in Glasgow 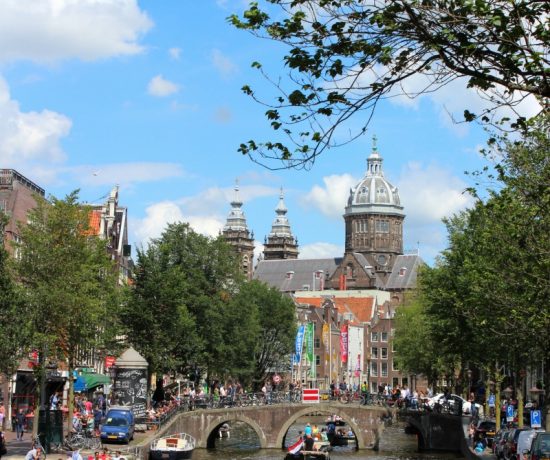 A Tour of Amsterdam with Local Guddy 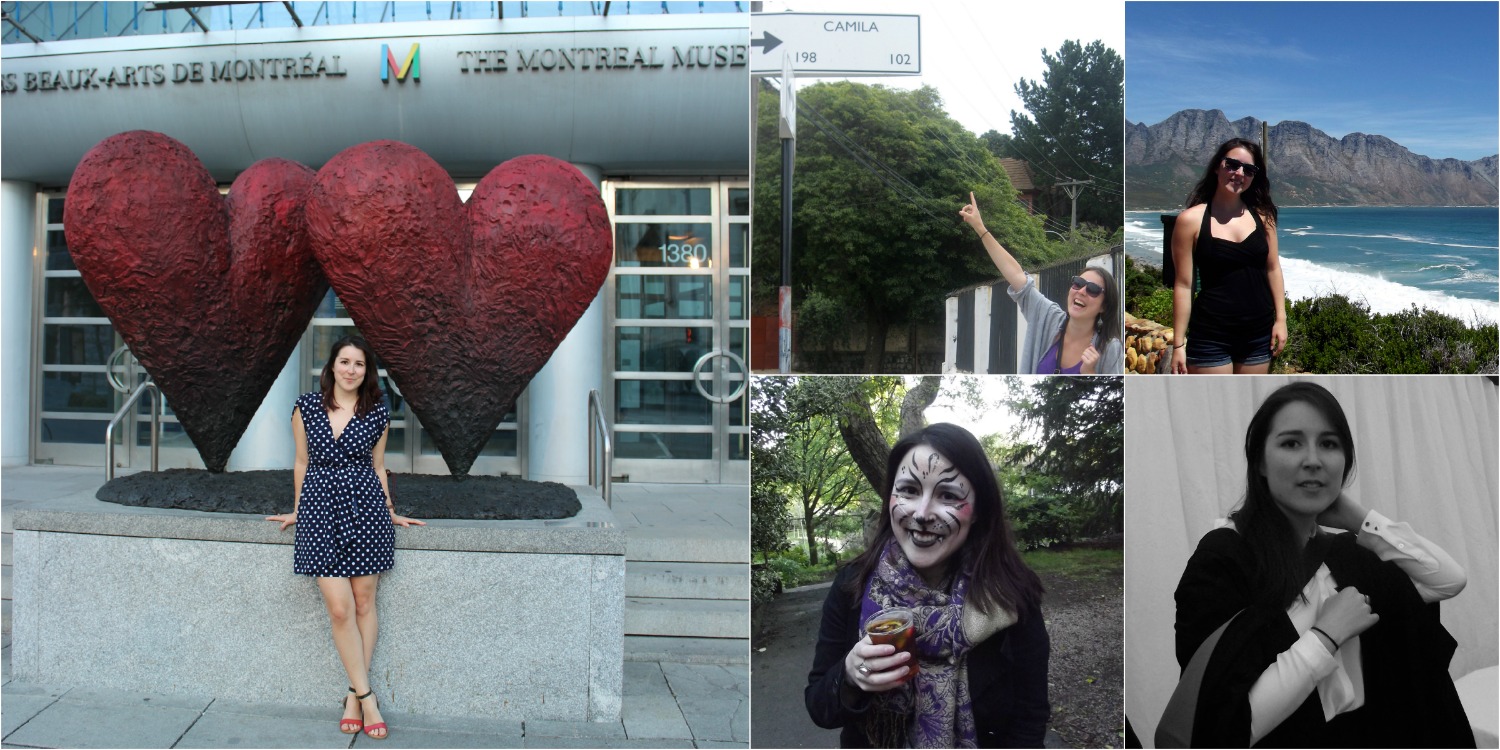