Foot in Mouth: What Not To Do When Talking With Brits

Happy Monday!
So last Friday I tried to write a post and I really wasn’t inspired and went on my calendar to realise I hadn’t even planned a post for Friday – it’s like past me knew that present me wasn’t going to be inspired to write anything. I know myself too well 😉

However today is a new Monday and a new week. Today I decided that I would finally write up about expat life in Britain. I have a bit of an existential expat post coming – I need to come to terms with my feelings about it first before posting it – maybe next week. But then I realised that this post had been in my drafts since August! So today is the day! We’re tackling the mistakes you shouldn’t make when talking with Brits – according to my experience of course (and with the Brit’s input). 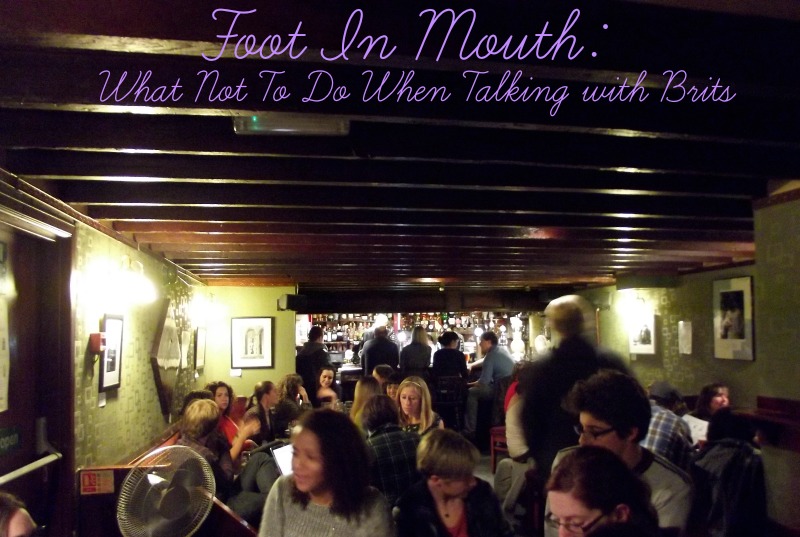 1. Asking them if they are from England.

Statistically speaking most Brits will be from England, but still it’s a silly thing that we need to all remind ourselves of. And I have to share the story of back in 2012 when I was about a month into living in St Andrews and met two lovely girls with what I would call very traditional British accents (I later came to understand there isn’t only one ‘typical’ British accent). I am of course not very well trained into hearing the difference between regions, and of course, as a North American, it’s not that we believe every one talks like the Queen, but that is all that is shown to us. So in my naive way, I asked them both if they were English and they both laughed (thankfully, because it could have gone worst) and said they were from Wales and Northern Ireland. Yeah, I learned my lesson from that point on!

2. Calling the UK England.
Relates to point 1 – but yeah England is one of the countries that make the UK. People from Northern Ireland and Scotland and Wales will thank you for not making that assumption.

3. Asking them where they are from and then not knowing where anything is except London.
This one comes from the Brit – he says that too often people ask where he’s from and when he does clarify people just look baffle, until he says where it is in England relative to London.

4. Using the incorrect British terms.
I do this one all the time even now – and get on the Brit’s nerves because of it (I mean it’s not like I do it on purpose or anything…*shifty eyes). I say garbage and pants and underwear, etc. The Brit has even started to use North American words and slang, to his horror! But yes, a friend of mine once walked into a class after being drenched by the rain saying ‘her pants were wet’ and people obviously thought she was very weird. Learn from her mistake!

5. Complaining all the bars look like pubs.
This one is also from the Brit – he says he’s heard many people complain that in Britain bars look too much like pubs. To which I answered ‘but there aren’t really bars in the UK are there? There are nightclubs and pubs’. It might not be completely true, but in general there is indeed a major pub culture in this country that cannot be ignored. It should only be embraced!

6. Get into an argument over football teams.
Just don’t.

These are the few lessons I have learnt over the past few months and years of living in the UK as an expat. I mean to be honest I’m still learning every day!

What is one mistake you’ve made as an expat talking with locals?xx

Why I’m Excited to Go Home in 6 Gifs

Canada vs UK: Round 2 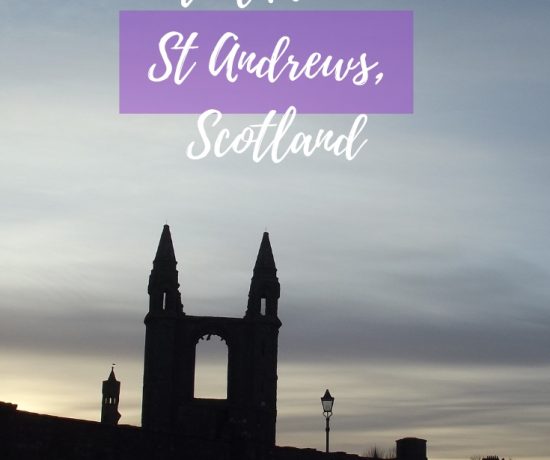