My First Week in Scotland : The Obstacles

I wasn’t sure at first how to follow up my post of Monday on which I left you hanging literally as I was settling in in Edinburgh. To be completely honest – it’s been terrible. We’ve had so many issues – the doors of the flat don’t close, the letting agency hasn’t wanted to give us a second set of keys until I’m signed on to the contract, the weather has literally just (so I’ve been told) taken a turn for the worst and the boyfriend is having a hard time at work since he’s dealing with my arrival and these personal (read: flat) issues all at once. My timing couldn’t have been much worst!

Anyhow, like any expats, I faced some unforeseen obstacles upon my first week and this is a summary.

If you’ve seen the weird tweets and such, you’ll know that I had a computer scare on Sunday night. An actual crazy scare – I cried all night to my poor boyfriend’s dismay. It said my computer couldn’t locate my hard drive, which on the Internet they said probably meant my hard drive had been corrupted. Not THAT terrible right – it’s just a piece of hard ware – however, when you haven’t done a successful back up in a while and that your computer is your life, then it’s a bit harder to see the positive in this.

I discovered however, that looking for a diagnostic for your computer problem is almost as bad as trying to diagnose your neck pain — it’ll probably end up being some sort of deadly cause.

Monday morning – even though the boyfriend was supposed to work, he stayed with me (mainly to calm me down) and we headed out to check Internet (yes at this point we still didn’t have Internet in our flat which made things difficult as well). We ended up at Starbucks at the train station and after realising the Apple Store in Edinburgh was supposed to open a month ago and got delayed literally to next week, we looked up appointment all over the country. The two stores in Glasgow and the store in Aberdeen all didn’t have appointments until the next weekend – I literally freaked out again and said I couldn’t live without my computer for all those days (that’s when you realise how terribly addicted you are). So we saw there was a store in Newcastle (which is actually closer than Aberdeen) and got an appointment the same day, Monday afternoon.

Obviously, I had left my rail card at home so we took a cab home, I ran in and grabbed snacks and my rail card before we made our way back to the train station and jumped on a train to Newcastle. 1h45 minutes later we were in Newcastle and looking for a restaurant to grab a bite. I had eaten nothing all day and about to pass out from the stress and lack of food.

At 3pm we headed to the Apple Store and one of the first thing the ‘genius’ said was that perhaps my hard drive was corrupted and if I didn’t have a back up, I would lose everything that was on it. *Cue tears. He then said (he should have started with this one let’s be honest) that it might just be the cable connected to the hard drive that had unplugged. Indeed that is what the problem was. I kissed and hugged the computer when they arrived with it fixed. And I was so thankful to past-Camila that she had purchased Apple Care last year when she got this computer!

All in all, it ended up costing us the price of a last minute train ticket to Newcastle – but it was worth it to get the most important object in my life fixed! And it got us to visit the city centre of Newcastle a bit since neither the Brit nor I had been before!

Literally the next day – Tuesday morning – I was about to wash the dishes before the Brit was to leave for work when we realised the water wasn’t becoming warmer. Yep – the boiler was broken.

Another day of work lost for the dear boyfriend since we waited for someone from the letting agency to come check, and then waited for them to come back with a plumber who could still not fix our issue. Everyone was baffled. The Brit had moved in literally a week before and this flat is brand new – how could this be!

Thank God the people who refurbished this flat thought of putting in an electric shower because no one from the boiler company could come before the Friday. So we were 4 days without warm water or heating. Not that terrible, but when you’ve literally moved to this country a week before it all feels like a big joke!

On top of everything, last week, I received an email from a job rejecting an application I had made to their (let’s call it) company. That is not news – I mean I get positive and negative emails to all my job applications, that is the game I’m playing here obviously!

However, this one was different – they outright rejected my application saying that if I don’t have the ‘permanent right to work in the UK’ then they could not accept my application. I was SO offended! What do you mean the ‘permanent right to work in the UK’ you basically mean you don’t want immigrants? I have a visa on which I can work and I have the same rights as other residents of this country!  This really ticked me off. It’s hard enough without employers saying things because they are scared when they hear the word ‘visa’.

Last Thursday I visited St Andrews and stopped by the Career Centre to ask for advice on this matter and they were appalled on my behalf. Even got the immigration lawyer involved. It makes no sense that an employer would want to reject me based on my visa status because they don’t know how long a citizen might want to stay in that position (which might end up being shorter than my visa is valid for) or they don’t know about my status and if after this one visa I might apply for partner visa or seek a ancestry visa, etc. etc.

I won’t get into immigration and policy details (although do let me know if you’re curious) however, the principle of it really annoyed me – because finding a job is hard enough in this economy!

I will probably recount my visit in St Andrews in another post – but I wanted to mention it because it was another reason my first week in Scotland was hard. Going back to St Andrews wasn’t all the dream I had imagined it to be. I was heartbroken. I miss that life. I miss how this place makes me feel. And I miss the people that used to inhabit it. When I got home after the day in St Andrews and my boyfriend arrived from work, he found me in tears. We made a pact that when he’s a big deal professor and I’ve published my first book we’ll move to St Andrews….

On that superb note, that is about all the ‘bad’ stuff that happened during my first week. Tomorrow I’ll have other more positive things to share, I swear!

Ever feel that everything is going wrong? What’s your best pick me up?xx

How to Keep in Touch Across Oceans and Continents

Second Month in Scotland by the Numbers 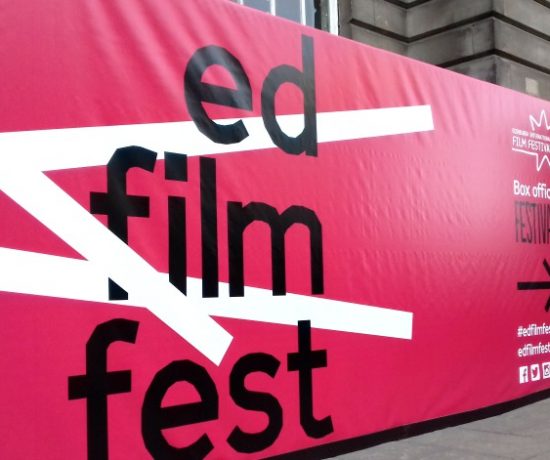